The Leica S2 Digital SLR and Its Place in the Market

Leica seems to have done the remarkable, with no advance warning leaking out: they have defined a new sensor format and released a complete camera system.
So far, at least, the scene stealer of Photokina has been the announcement of the Leica S2. This new camera also defines a new system, sensor format and produces a medium format camera that looks like a 35mm and is, in fact, smaller than many 35mm professional cameras.

The interchangeable digital camera world is getting most interesting. At the small end there is the new Micro Four Thirds System and now, while still within a loosely 35mm camera shape, we have the S2 with a sensor over 5.5 times the surface area of the Four Thirds cameras.

Now back to the S2. It of course remains to be seen just how the S2 goes in the marketplace. It sits between the high end 35mm sized, full frame, sensor cameras and the medium format cameras, many with their removable backs. Leica has made a clear commitment to the professional photography market. The question becomes can they maintain three different lens mounts, the new S, the R and the M? Only time will tell but I find it great to see Leica coming on strong.

Full specifications are lacking at the moment. 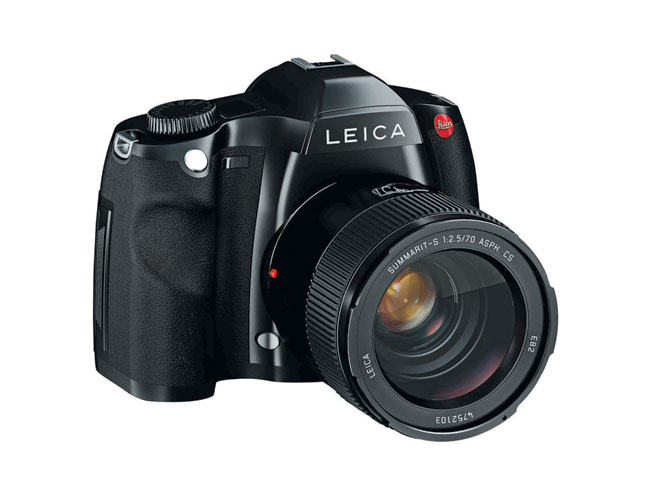 Some companies tweak the features. At Leica, we transform the concept. That’s why the introduction of the flagship Leica S2 is not merely an incremental advance. It is nothing less than a watershed event that sets an entirely new performance standard for professional digital SLRS. With a custom 37.5-megapixel, 30 x 45 mm sensor that is 56% larger than full frame, it establishes parameters of imaging excellence that are well beyond those obtainable by conventional pro-caliber DSLRs. In the Leica tradition, it utilizes the classic 3:2 aspect ratio that corresponds to the human field of vision and is widely acclaimed as the “Leica Format.” 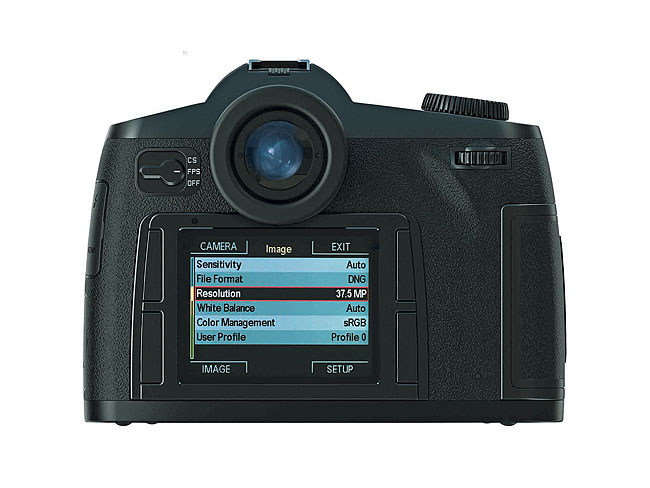 In designing this brilliant new camera, Leica’s engineers took a close look at the best existing DSLR designs and then synergized them into a radical but practical new camera that combines the performance parameters of a medium-format digital camera with the ergonomics, form factor, and handling ease of a 35mm SLR. The result is the new Leica S2, an entirely new, finely crafted, professional tool developed in-house by Leica with hands-on input from some of the most renowned professional photographers in the world. It incorporates an advanced new dual shutter system with in-body focal-plane shutter for fast lenses, and in-lens leaf shutters for high flash sync speeds, an ultra-high-precision autofocusing system, a new series of lenses designed for the highest possible performance with the new sensor, and a Maestro image processing system that provides twice the speed of comparable medium-format backs, reduces power consumption, and provides in-camera JPEG capability. Remarkably, all of this has been incorporated into a camera that is smaller than a full-size professional 35mm SLR, and still has the unmistakable look and feel of a Leica.

Like Leica cameras of the past, we designed the new Leica S2 from the inside out, and its robust styling is a classic example of form following function. We began with a cutting-edge, large-format CCD sensor and literally configured the camera around it rather than adapting existing technologies. In this way we achieved a new level of performance without sacrificing size or convenience. Yes the S2 Leica is our latest masterpiece, an unequivocal statement to the world that showcases our technological prowess. But it is more than just a technological tour de force. It is a statement of Leica’s continuing pre-eminence in the world of imaging that goes back nearly 100 years. Perhaps that is why our top executives in Germany have compared the announcement of the Leica S2 to the debut of the first Leica, the legendary model A in 1925. That seminal camera did nothing less than redefine 35mm photography in the 20th century and we believe that the Leica S2 may well do the same for DSLR photography in the 21st.