Joel Seah is a printmaker who is making full use of the potentials offered by the digital domain. 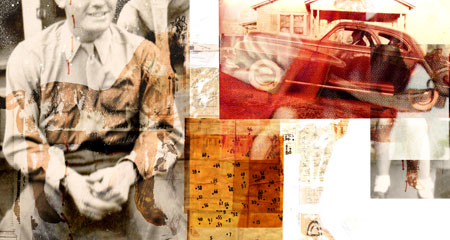 Growing up in a Chinese family in Singapore, where emphasis was placed
on occidental thought, Joel’s work has evolved as: “the ideal process
through which he can interrogate the dichotomies of Eastern and Western
that have shaped my outlook, both personally and artistically”. 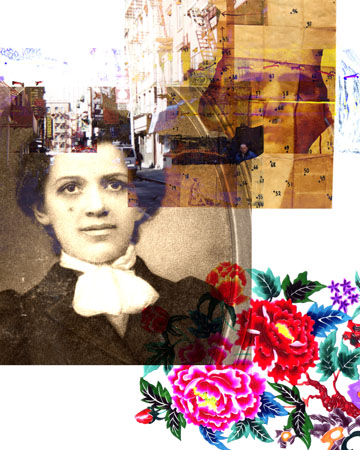 His knowledge of Chinese culture comes from research rather than first hand experience,

“I identify with the Chinese-American playwright David Henry Huang’s
observation that the paradox of being Chinese today means rediscovering
what it means to be Chinese today”, said Seah. However, it can also be
observed that the ethnicity in this statement may be substituted for
any other. The continuous displacement from and reconnection to the
sense of belonging is a journey that most people undergo, in one form
or another, in an increasingly globalized society. He realized it is
certainly not unique to being ethnically Chinese.

Joel is building a vocabulary of images and symbols that will allow him
to reconstruct this universal experience from what is particular and
specific to his own experience in “discovering what it means to be
Chinese today”. His studio practice has involved collecting found,
video taped and photographed images relating to the idea of Diaspora
from widely disparate sources, and then juxtaposing these images in
different contexts. By manipulating the images in this manner, Joel
reassesses through visual dialogue and interaction, their associated
meanings and their relation to the reconstructions of place and space.
The French philosopher Gilles Deleuze states: “only that which is alike
differs and only differences are alike”. Joel’s work attempts to
redefine, rather than resolve, the disparities of identity difference. 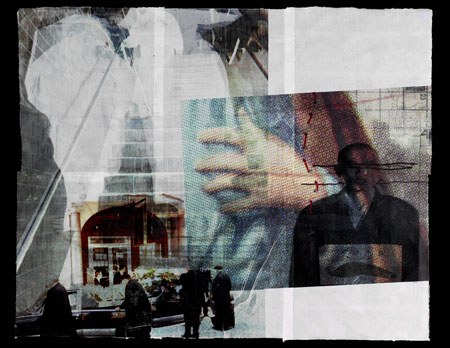 Formal training as a printmaker has influenced his exploration into
digital technologies including high resolution scanning, video capture,
digital image manipulation, as well as a variety of print output and
transfer methods. He explores ways in which these can be used to
reconstruct the process of documentation and memory as it pertains to
the ideas of immigration and dislocation. Translating and transforming
imagery through different media over a period of time conceptually
mimics the physical process of migration. Transporting imagery between
virtual and physical states, graphically and metaphorically maps the
changes that occur.

To this end, Joel has been particularly drawn to an Encad gelatin-coated paper
on which archival pigment dyes or vegetable dyes can be printed using
ink jet printers. The printed images on this paper are transient and
upon placing a receiving damp sheet of paper over the image on the
gelatin-coated paper, and running them through a printing press to
exert pressure, the image re-hydrates and transfers to the receiving
sheet. This monotype process allows the perceived sterile aesthetic of
digitally produced work to obtain a surface that is organic, tactile
and marked by human touch and accident. This allows Joel to print on
various fine art and specialty papers, like rice paper, that might not
directly go through the printer. It also introduces the chance
happenings that are so important in fine art printmaking, and also
makes each print individual. 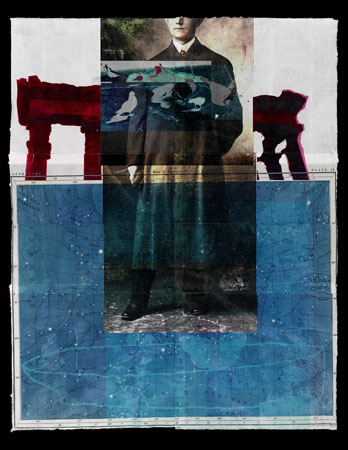 “Still Waters” – Top is the original
digital file and below it the printed work.By using a transfer process
Joel creates a digital print will all the individuality and physicality
of any traditional fine art print. By working this way Joel can use
truly wonderful papers and away from the ‘clinical’ perfection of the
conventional digital print.

“In continuing to reconsider and confront my own perceptions towards
methodologies and attitudes in creating, I wish to pursue the ideas and
processes outlined in this statement as well as other questions that
emerge as I develop as an artist both critically and professionally”,
says Seah. 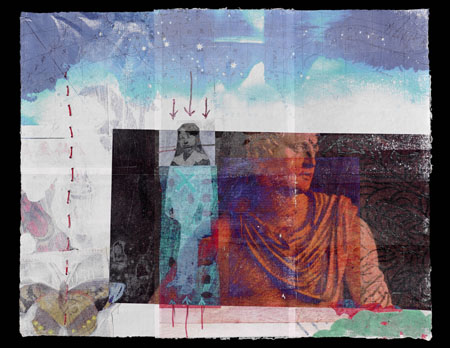 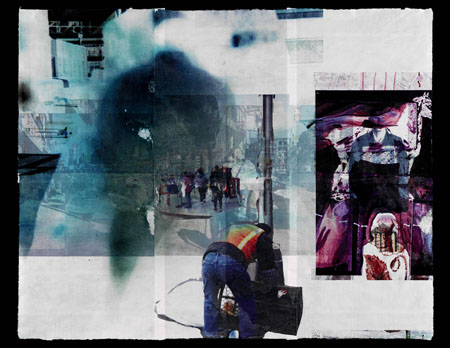