Canon Australia is delighted to announce the winners of the esteemed World Press Photo contest. Australians will get to see this international exhibition celebrating professional press photography when it opens at the State Library of NSW in Sydney on Saturday 9 May. 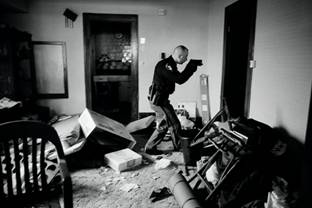 The international jury gave prizes in 10 theme categories to 62 photographers of 27 nationalities including one Australian photographer, Mark Dadswell, who was awarded 2nd prize in the Sports Action Singles category.

The World Press Photo of the Year was awarded to American photographer Anthony Suau for a black-and-white image showing an armed officer of the Cuyahoga County Sheriff’s Department moving through a home in Cleveland, Ohio, following eviction.

This year 5,508 photographers participated in the contest with a total of 96,268 photographs submitted for judging. 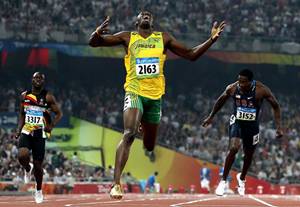 World Press Photo is sponsored worldwide by Canon and TNT and the exhibition has been brought to Sydney by Canon Australia.

The World Press Photo exhibition showcases the very best of photojournalism from around the world. Through digital photography and the power of social media, people are discovering new ways to tell stories, share ideas and make them selves heard.

A photograph can represent the voices of a hundred, a thousand or even a million people by capturing a moment, an emotion or an idea. The images seen at World Press Photo demonstrate that a powerful image can say more than words and will spark conversations that can inspire a community or an entire generation into action.

“Canon is thrilled to again be a part of this inspirational exhibition that celebrates photographic excellence,” says Canon Australia Managing Director, Kenji Kobayashi. “The World Press Photo exhibition supports our view that images are their own language and indeed speak a thousand words.”

“The calibre of entries this year has again exceeded all expectations and we are proud to bring these exceptional photojournalist accounts of survival, world issues, cultural differences and sporting moments to the Australian public,” says Mr Kobayashi.

The photo selected by the jury as the World Press Photo of the Year 2008 shows an armed officer of the Cuyahoga County Sheriff’s Department moving through a home in Cleveland, Ohio, following eviction as a result of mortgage foreclosure. Officers have to ensure that the house is clear of weapons, and that the residents have moved out. The winning photograph, taken in March 2008, is part of a story commissioned by Time magazine.

“The strength of the picture is in its opposites. It’s a double entendre. It looks like a classic conflict photograph, but it is simply the eviction of people from a house following foreclosure. Now war in its classic sense is coming into people’s houses because they can’t pay their mortgages,” says jury chair MaryAnne Golon.

The World Press Photo Foundation is an independent platform for international press photography, founded in 1955. This platform manifests itself in the annual World Press Photo contest and the corresponding yearbook and exhibition. World Press Photo receives support from the Dutch Postcode Lottery and is sponsored worldwide by Canon and TNT.

About Canon
Canon Australia is a leading provider of advanced, simple-to-use imaging solutions for businesses and consumers. Canon’s Australian R&D company, CiSRA, develops customised solutions for local customers, and exports digital imaging technologies for use in Canon products worldwide. Canon has ranked among the top-three US patent recipients for the past 17 years, and had global revenues of around $US45 billion in 2008. Canon Australia also operates Canon Finance Australia, which offers one-stop shopping for customers wanting leasing or finance services. For more information, visit canon.com.au