We got to handle the new Sony A900 and shoot some images to see what the image quality is like.
The New A900 is an impressive camera.  Rather than give you an exhausting listing of all the features, we will focus on taking pictures with this camera. So these are my first impressions from handling and shooting with the camera.

The A900 uses the new Sony full frame 24.6 million pixel CMOS chip. This is a big step for Sony and it will be interesting to see how it pans out. The chip includes the analog to digital converters (all 6,000 of them) on the chip. In theory this may reduce some noise but also runs the risk of increasing noise by creating more heat on the chip. The chip has a 5.9um pixel pitch, which is actually slightly larger than that in the A350. Sony representatives kept saying that they still had significant room with their lenses, and especially the Carl Zeiss ones, to go to a smaller pixel size within the lens quality. This suggests that we can perhaps expect a much higher resolution sensor in a future professional camera. 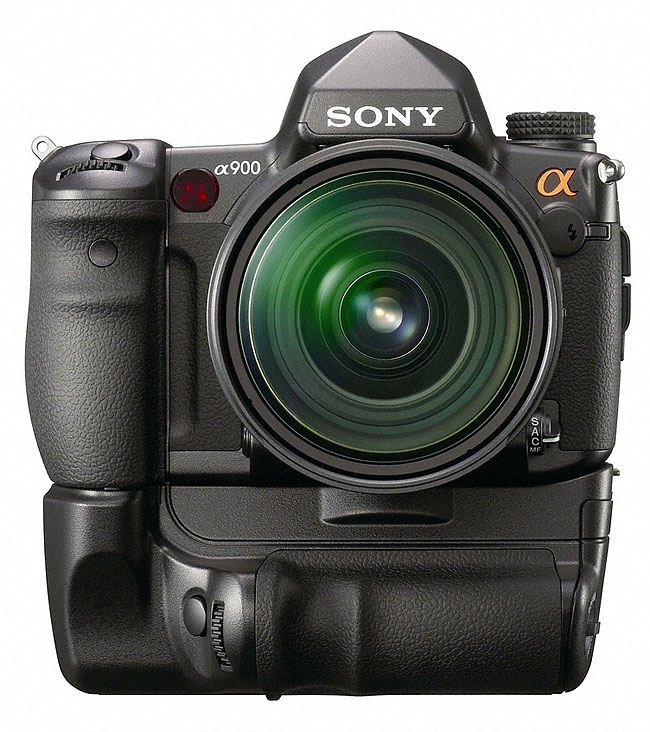 Sony views the A900 as a camera for the serious enthusiast, not as a professional camera. As we’ve discussed before, Sony have a pro support system in place for their professional broadcast video solutions. However they either have not yet put in place the changes to justify a professional level of still photography support or have not yet determined that it is worth their while to.  So the A900 is pitched to compete with the Canon 5D and Nikon D700, rather than the top end models. In a strange move the A900 only has 12-bit’s of color resolution in the analog to digital converters. This must produce a slightly reduced ability to separate tones compared to a 14-bit A/D converter camera. I suspect this was a compromise forced by deploying the A/D converters on the sensor rather than having them external to the sensor.

The A900 feels great in the hand. The full magnesium-alloy body is well shaped and not particularly heavy. With the optional vertical grip the camera is well balanced and easy to use in either orientation. Both the body and the vertical grip have heavy dust and moisture sealing and the shutter is rated for a 100,000-exposure life. Control placement is mostly excellent; my only stumbles were over Sony’s swapping of the shutter button and front control dial positions compared to what I am used to on other systems. But you’d get used to this very quickly in extended use. Everything else works well and is logical and thus quick to operate. 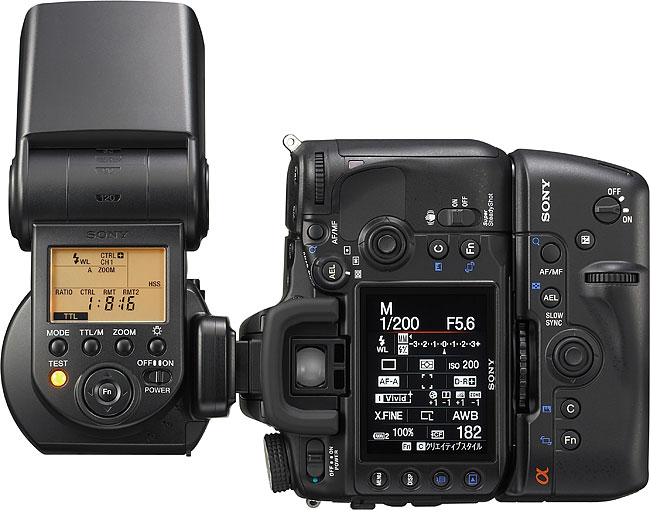 The camera features image stabilization in the body, as well as the now usual anti-dust measures. Sony claim the Steady Shot Inside image stabilization system can give you up to four stops of slower shooting.  In brief testing I did not find that to be the case, but this is not yet a fair and proper testing will have to await our full review. 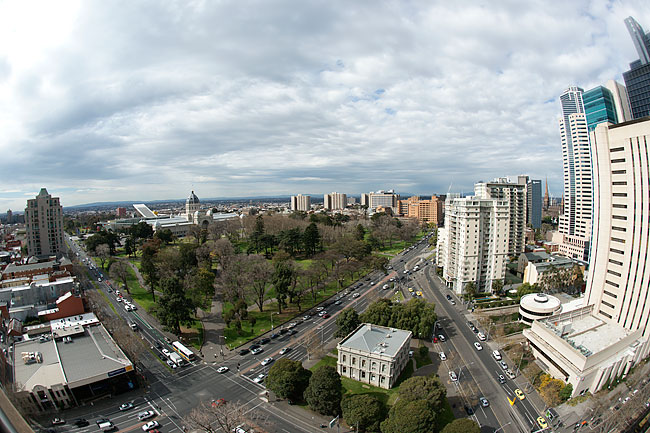 The camera can take interchangeable focusing screens and Sony now have a nice range of Accumatte screens to choose from, including my personal favorite, a grid. The camera has two memory slots, one compact flash and the other memory stick duo. An infrared remote comes with the camera and this also can control playback when the camera is hooked up to a TV. Sony has also been working on their accessory and lens range, with some great new lenses announced and even some great little things, like a hotshoe adapter to allow use of conventional hotshoe devices rather than just those using the proprietary Minolta mount. The viewfinder is bright, clear and offers 100% coverage. It is a joy to use.

Now to image quality. While I shot RAW and JPEG I can only evaluate the JPEGs at present because their RAW software is not fully capable yet. So what follows is based on JPEG images until we can get appropriate RAW software.
100% sections from the center of the JPEGs:100ISO 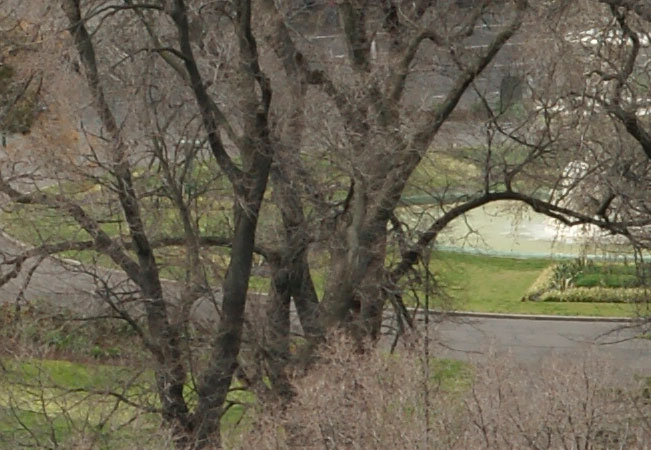 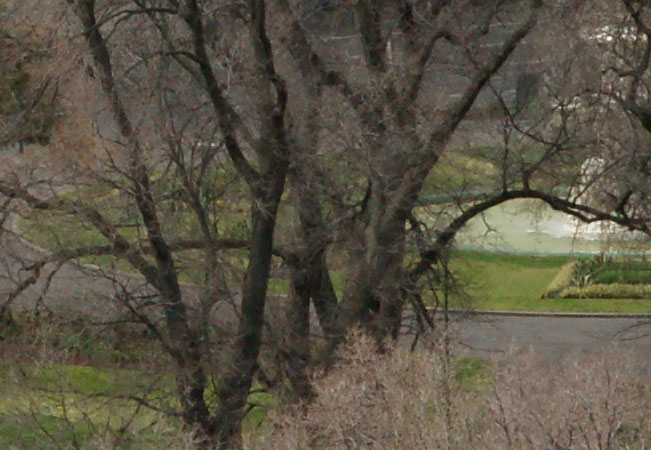 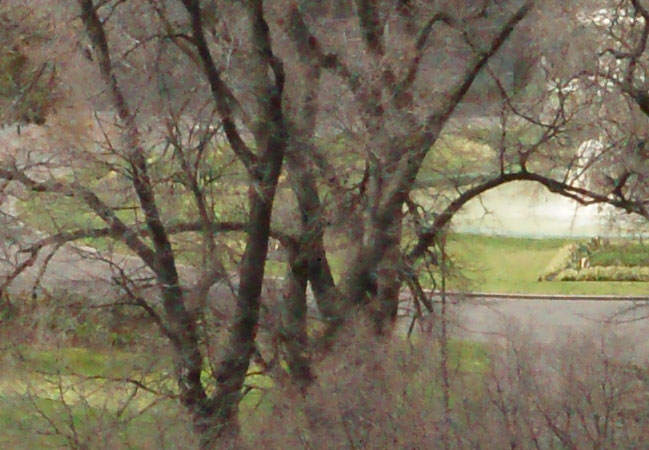 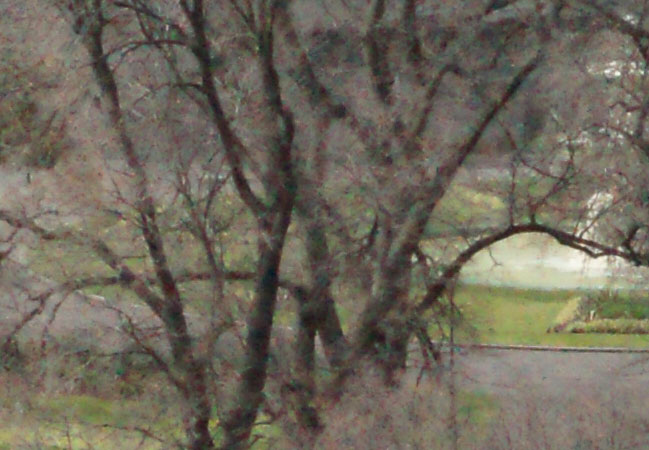 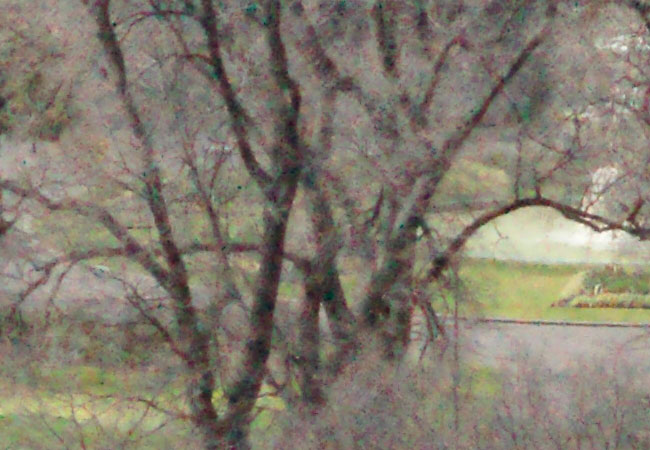 Based on the JPEGs I would say Sony have done a good job controlling noise. The image is smooth and excellent at 100ISO, remaining so at 400ISO, though with some chromatic noise now visible in the shadows. By 1600ISO the image is still amazingly smooth in the highlights, though noise is now much more noticeable in the shadows. By 3200ISO there is noticeable chromatic noise in the shadows with the highlights still remaining extremely good. Since I do not normally judge noise from JPEGS, which will aggravate any noise present, it is not a fair comparison but I was impressed at just how well this camera did in JPEG. Remember that you have a lot of pixels here to work with, so at any given reproduction size you won’t be seeing the individual pixels as obviously. Prints I saw of images from the camera were most impressive. 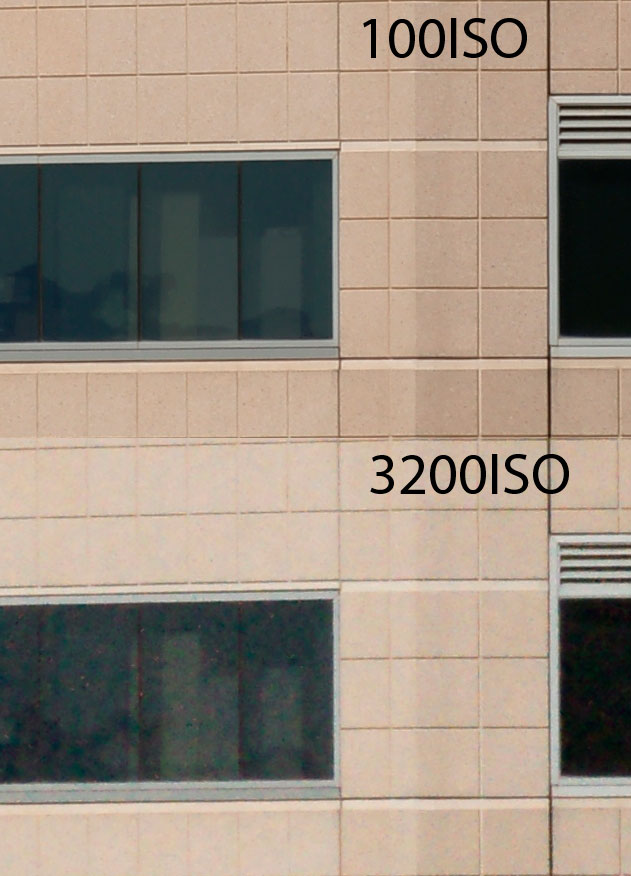 Full judgement will have to await proper testing and the use of RAW but I am impressed with the A900. It certainly handles well and the image quality seems to be very good.
I’ve made the test images we shot available on the camera test page. Note that even though these are JPEGs, they are still approximately 8Mbytes in size
.

JPEGs of the test images are available from our camera test page. 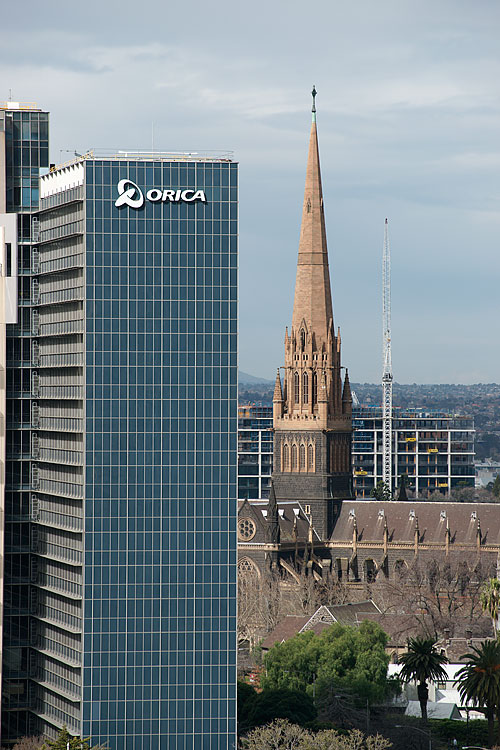 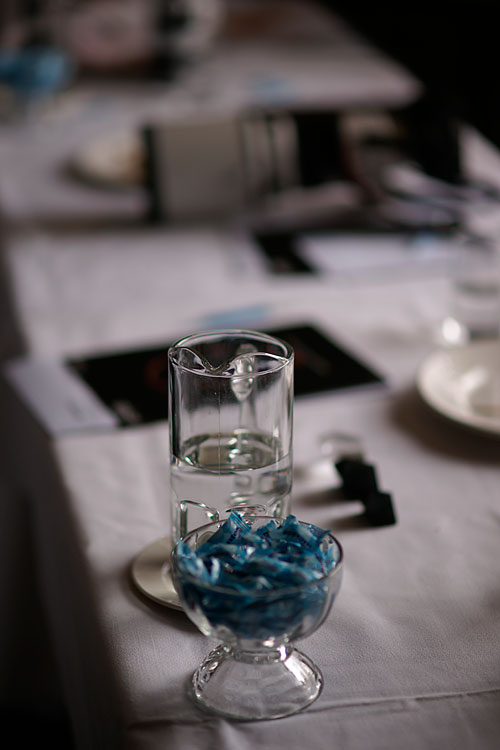