I have always liked to modify small sections of images to enhance the overall balance. In this article we look at how to do this in Photoshop.
View part 3 of this series.

I decided to add this 4th part to illustrate more subtle effects (though still exaggerated a little so you can see in whatever web browser you are using). This image was shot last week when I was up in Sydney for an Autodesk press event and had some spare time before my flight home.

The straight image is not bad, but the sky lacks some drama and the opera house is a little flat. 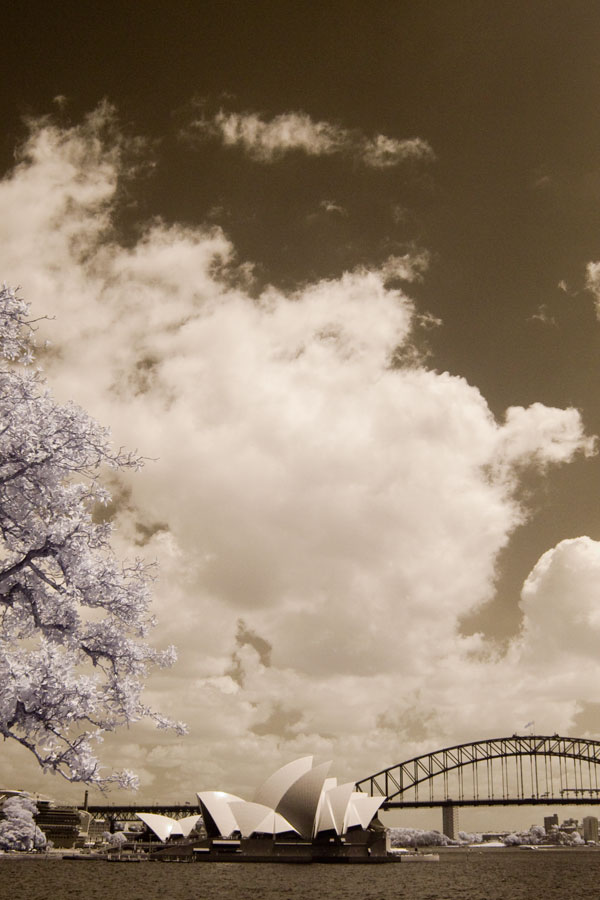 With a Levels adjustment layer I can enhance the drama in the sky, but it makes the rest too dark.

A simple gradient gets us a long way towards mixing the dramatic sky with the straight ground. 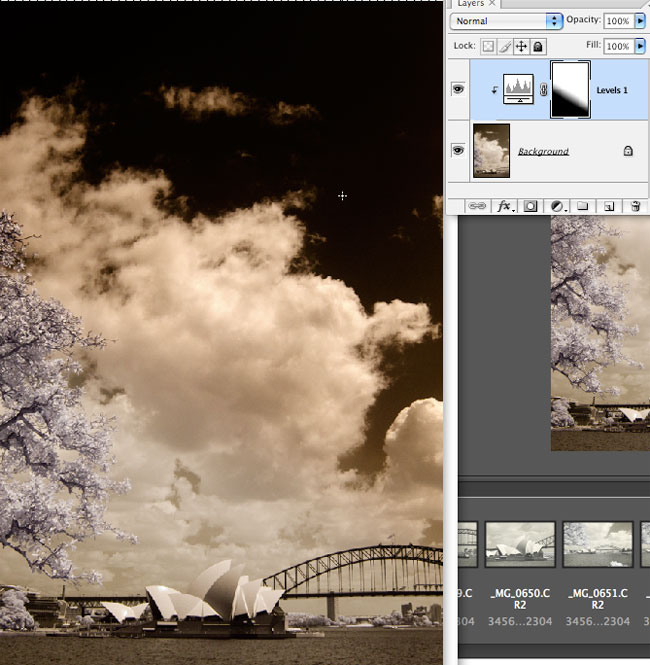 Painting by hand with a 5% opacity brush lets me bring some of the sky contrast down into the area near the tree and removing the straight transition. 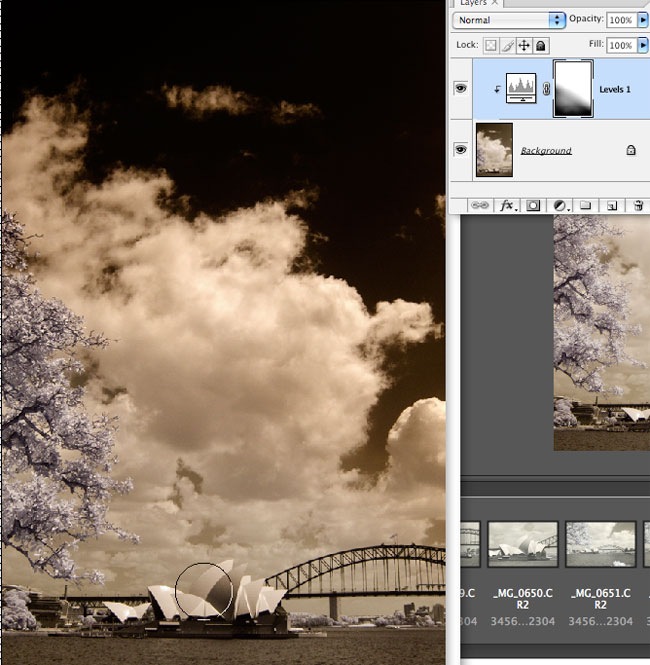 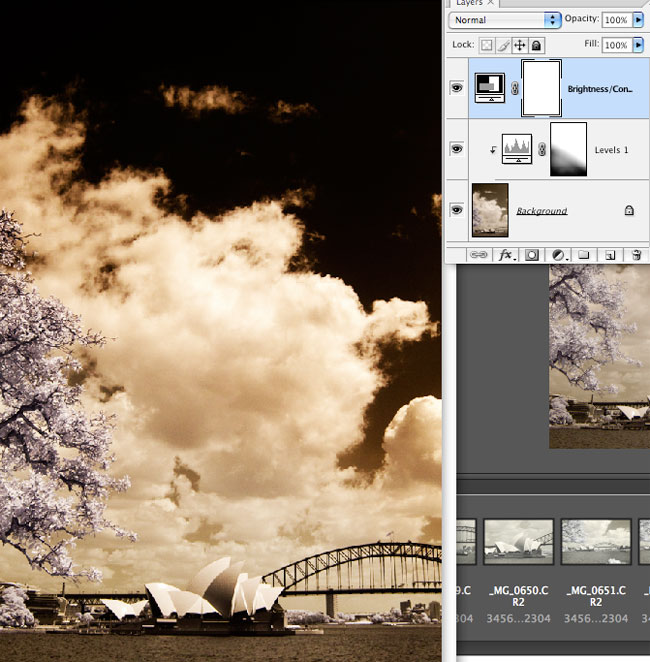 Because I only want to apply the extra contrast to a small area, the first thing is to fill the mask with black to it is NOT applying to any of the image. 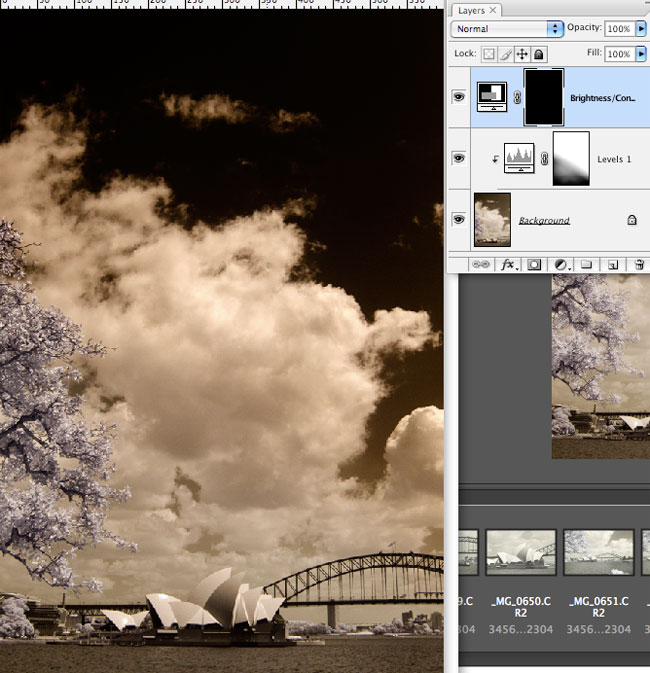 Now I can paint back in with white at about 5% opacity and slowly buildup the contrast in the areas I choose. 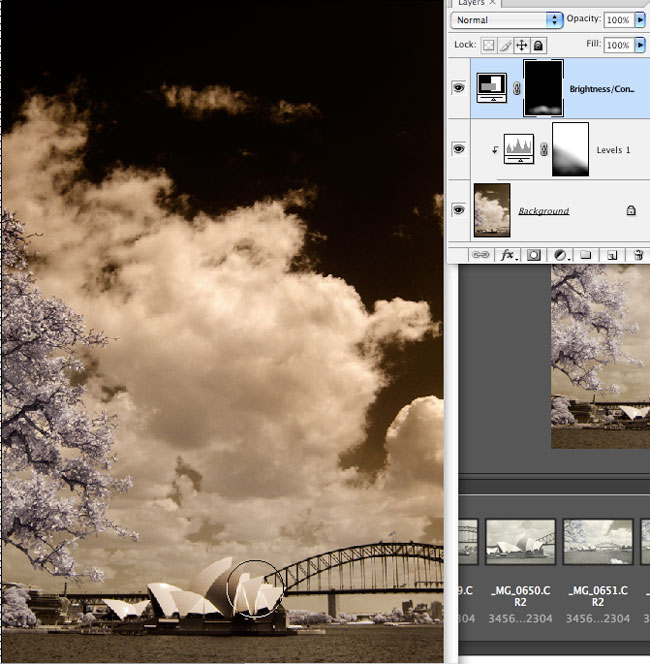 The end result has the drama I saw when I was there. 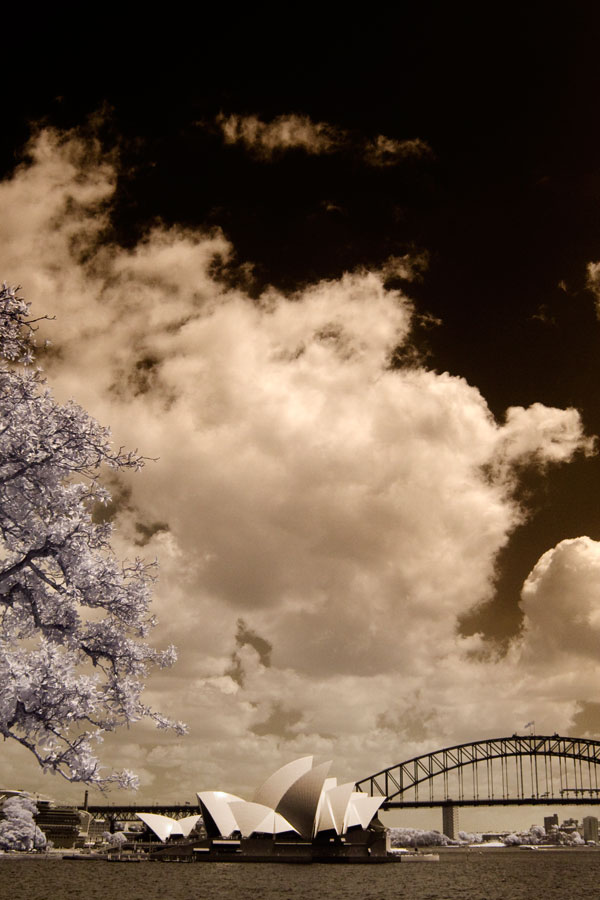