Infrared with a Nokia 6220 Mobile or Cell Phone

Yes, we do weird things. The other day I was out testing some cameras for their infrared performance and decided to test the new Nokia I also have for review.
The low end of the camera market is, to a large extent, disappearing into the phone market. New mobile or cell phones (depending on where you are in the world) are having better cameras integrated into them. I’ve had a new Nokia 6220, a 5 Mpixel camera phone with GPS, for a little while for testing. So it was obvious to see how it would handle infrared photography.

The Nokia 6220 has a 5 Mpixel camera with a real zoom Carl Zeiss lens and flash. It obviously has neither a tripod socket or a screw thread for attaching filters. Thankfully I did not need the tripod socket and you can get around the filter thread issue. You do this by simply holding the filter as close as possible to the lens when you shoot. This works but you can get flare effects when shooting into the sun. Cut gel filters would work better. 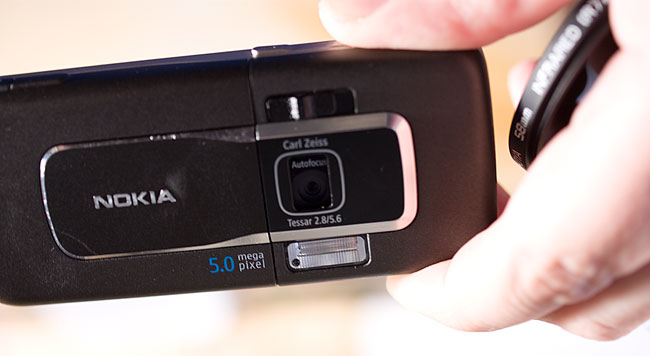 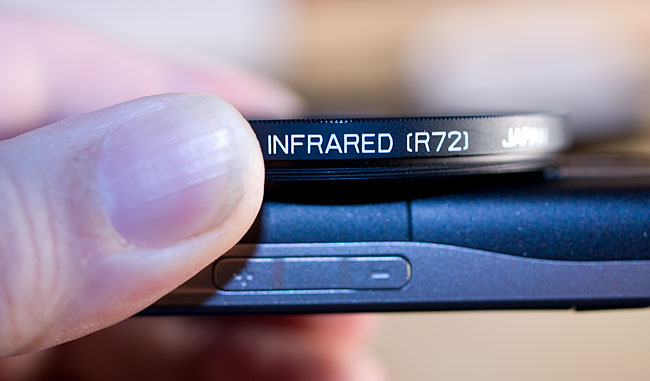 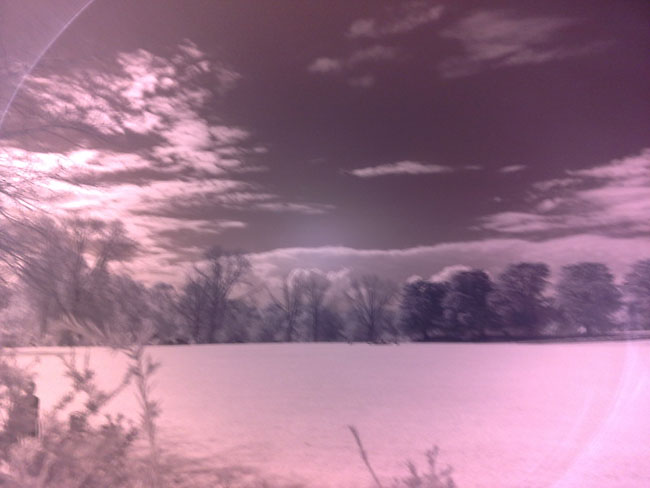 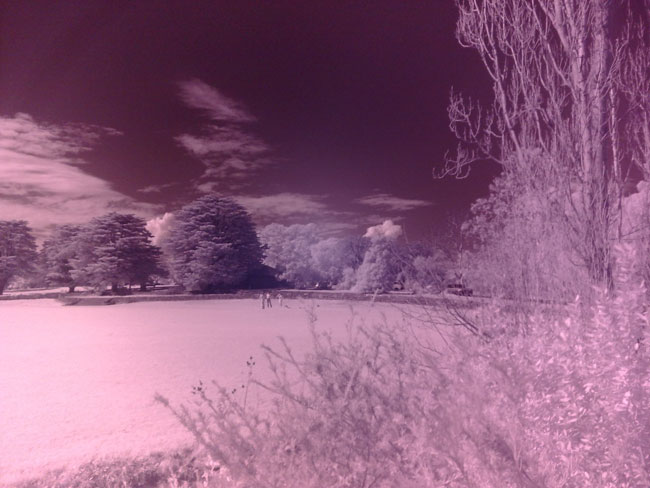 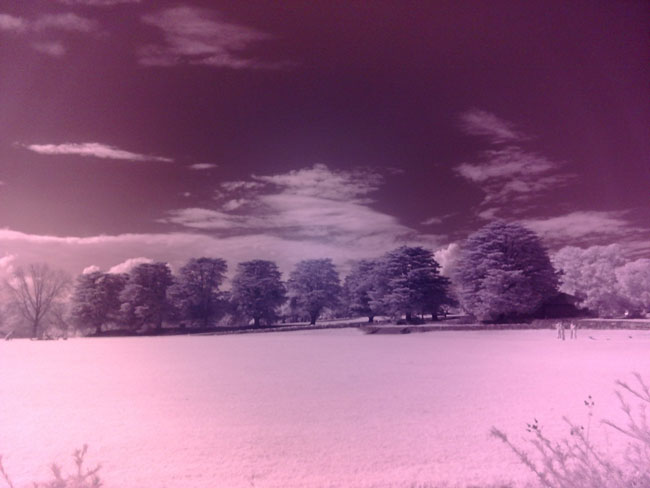 So let us look at an image in more detail. 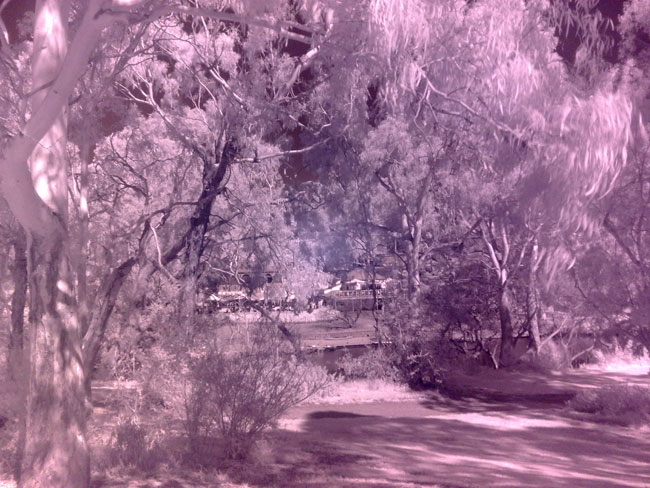 This is the image straight from the camera. 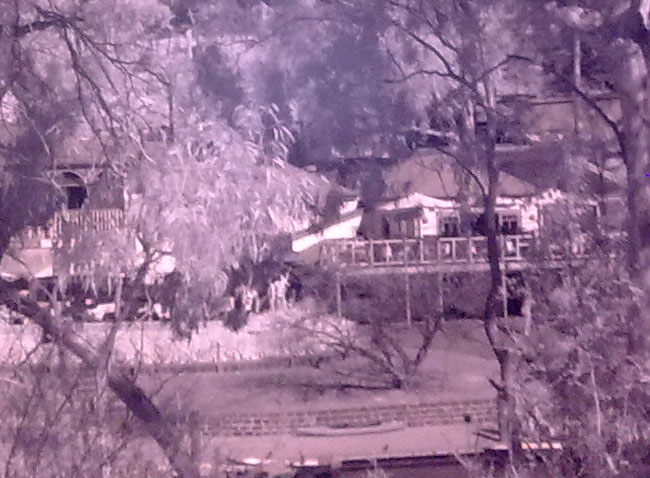 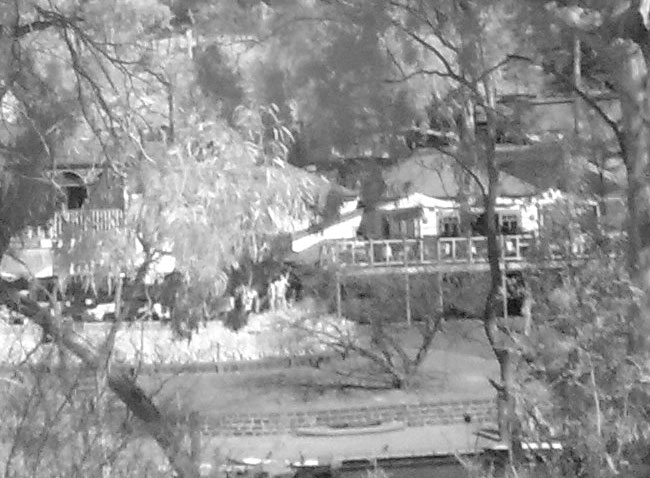 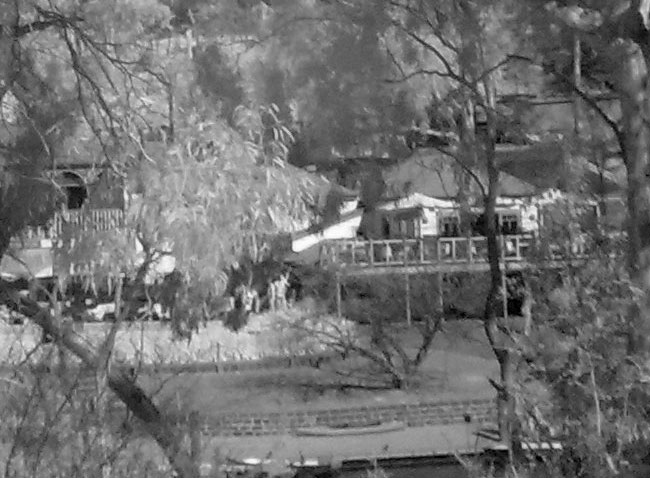 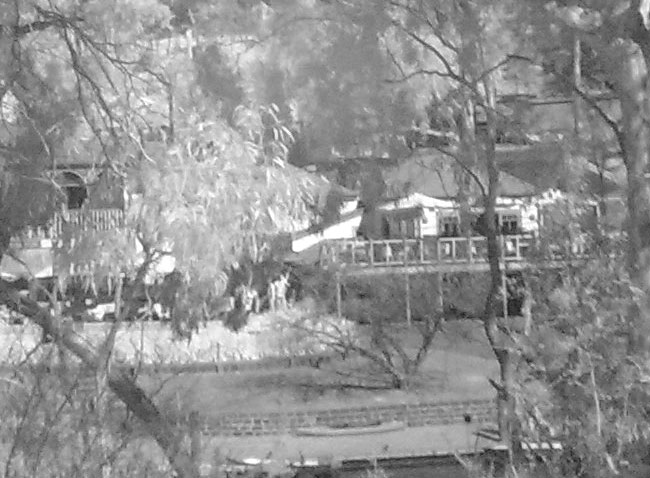 Exposures drop from around 1/250 second to 1/9 second in full sun, but these low shutter speeds don’t seem to be an issue and approximate to what you get with these cameras indoors in a bright room when not using the flash. 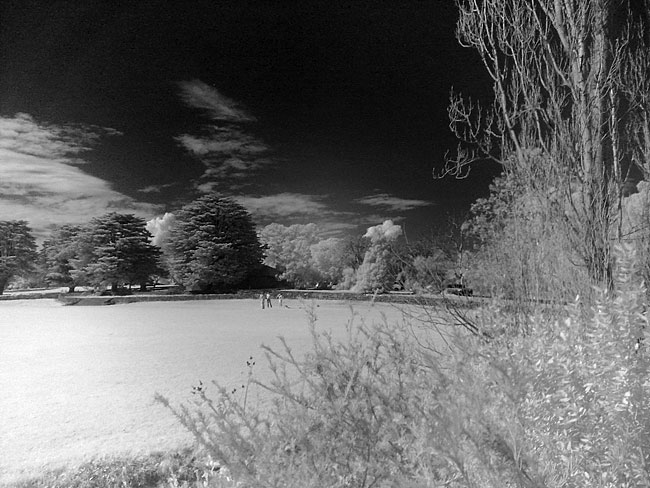 So it does work and you can get surprisingly good images by doing a conversion from a single channel in Photoshop.

I’ve put the full JPEG files for the four images shown here and a couple of non-IR ones for comparison up on the RAW infrared images page.