Initial Infrared Photography Review Testing of the Sony a77 dSLR

Here I present the initial test results of shooting infrared with a Sony a77 dSLR camera, using a Hoya R72 IR filter.

The Sony is a nice camera for shooting IR, with the tilting screen.

Leaving the camera in Program mode it gave an exposure of 20 seconds, f5.6 and 100ISO in a part cloudy situation but with much of the view in full, though late in the day,  sun. You can see the unprocessed result below: 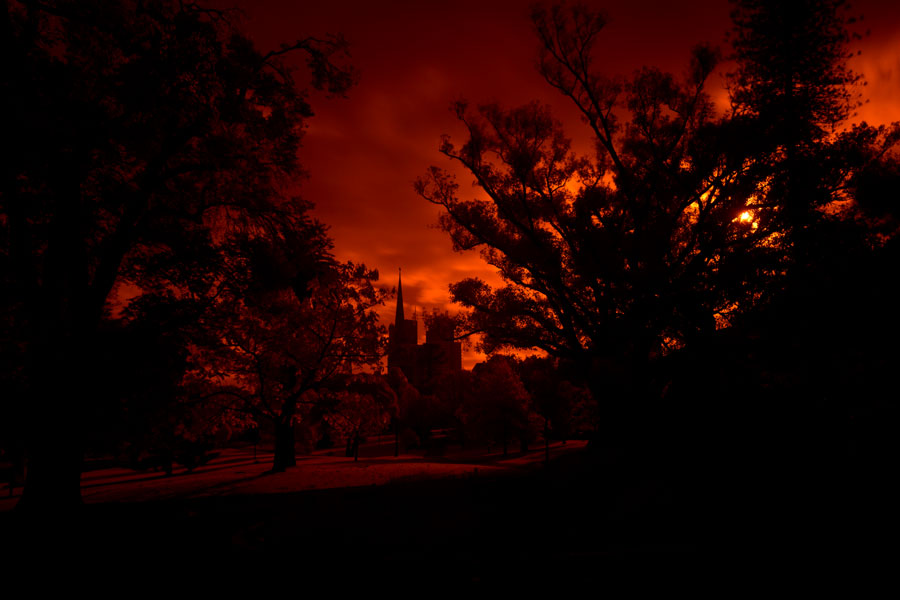 By doing Levels in Photoshop produces a better result: 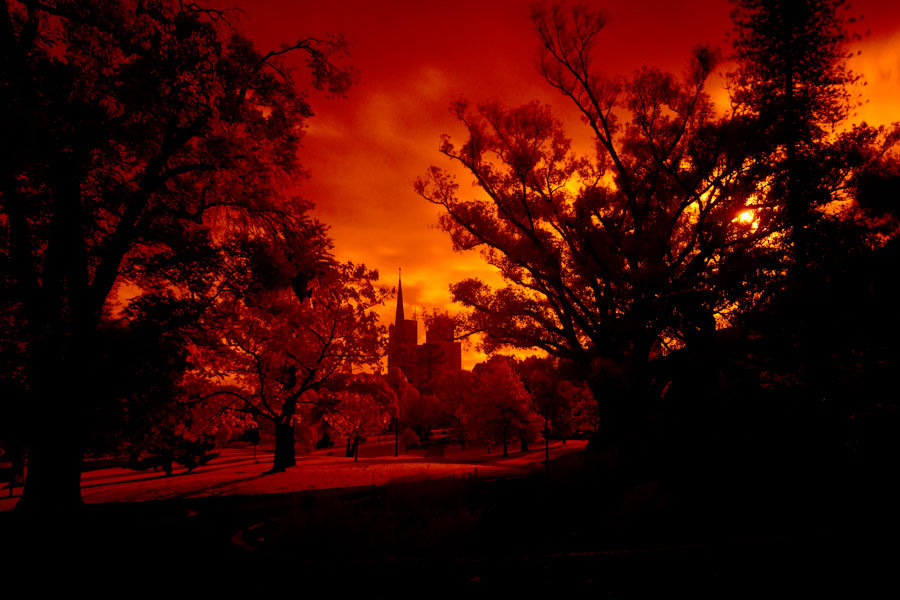 Lastly a return to Adobe Camera RAW to adjust the settings produces the image below:

If we examine the individual colour channels of this time you can see that the Sony a77 gives a vastly different exposure to the three channels, suggesting the blue filter on the sensor cuts out much deeper into the infrared than I have found common on most cameras recently. 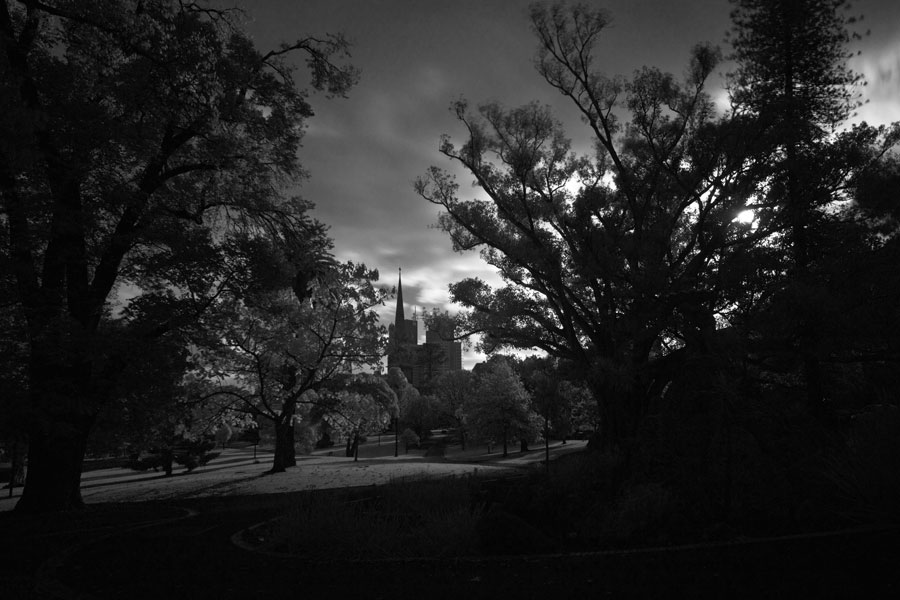 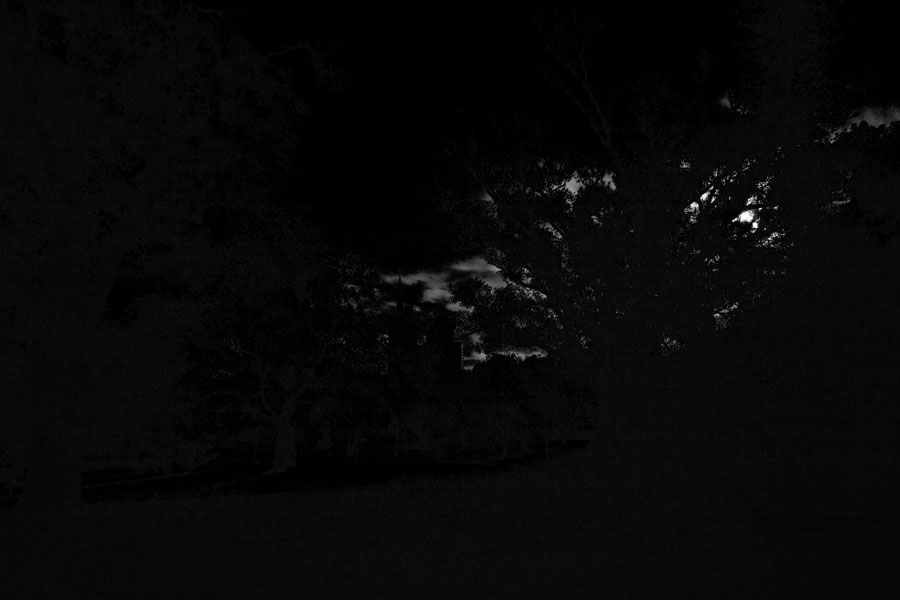 I next switched to manual mode, which I generally prefer for infrared photography with most unconverted cameras. The reason for this is that the metering sensors in most cameras do not have an IR blocking filter, unlike the imaging sensor. Thus the camera always under-exposes in any auto exposure mode.

and switching to 800ISO: 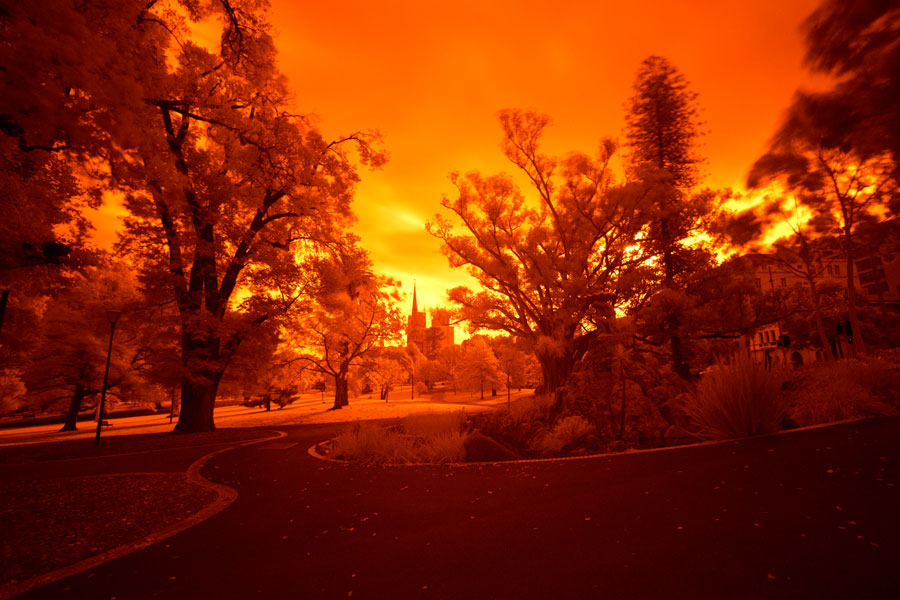 giving a much better result.

Below is a 100% section from the centre of the image so we can just image noise: 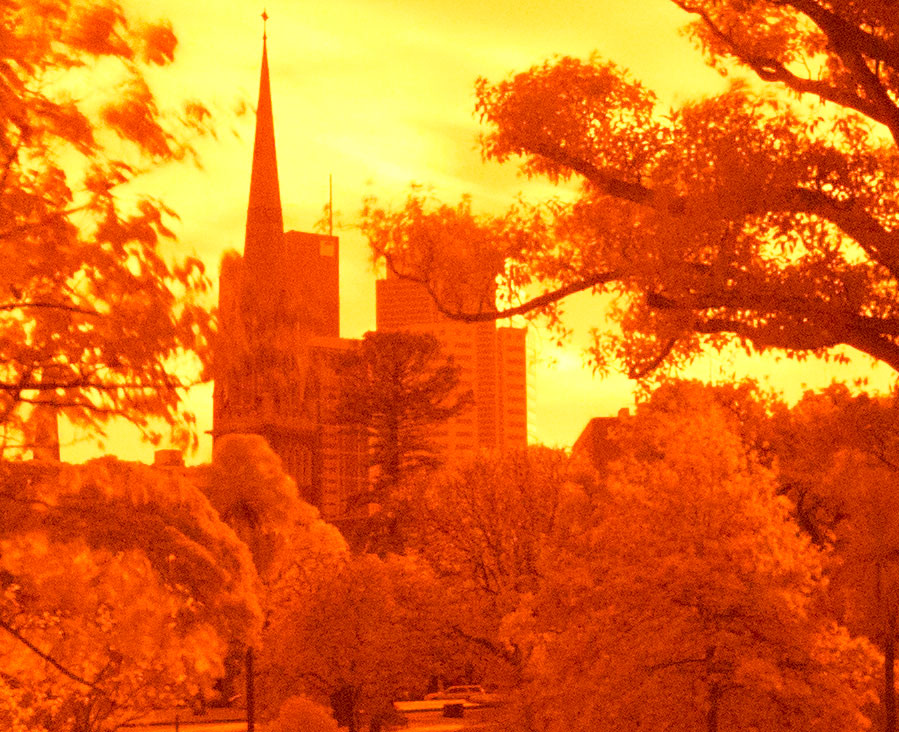 We can see noise but it is not too bad considering the ISO and length of the exposure. There was no noise reduction done in ACR. 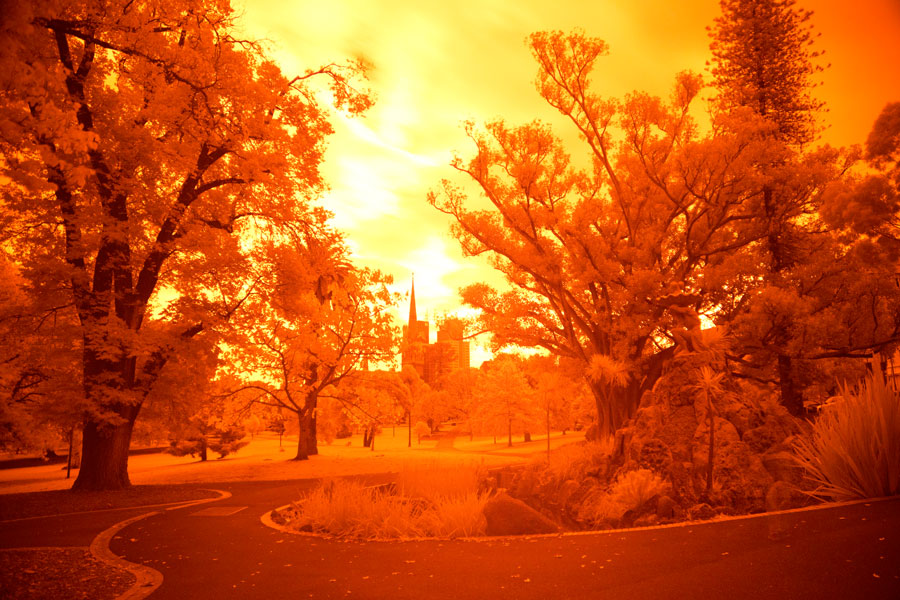 and the individual colour channels: 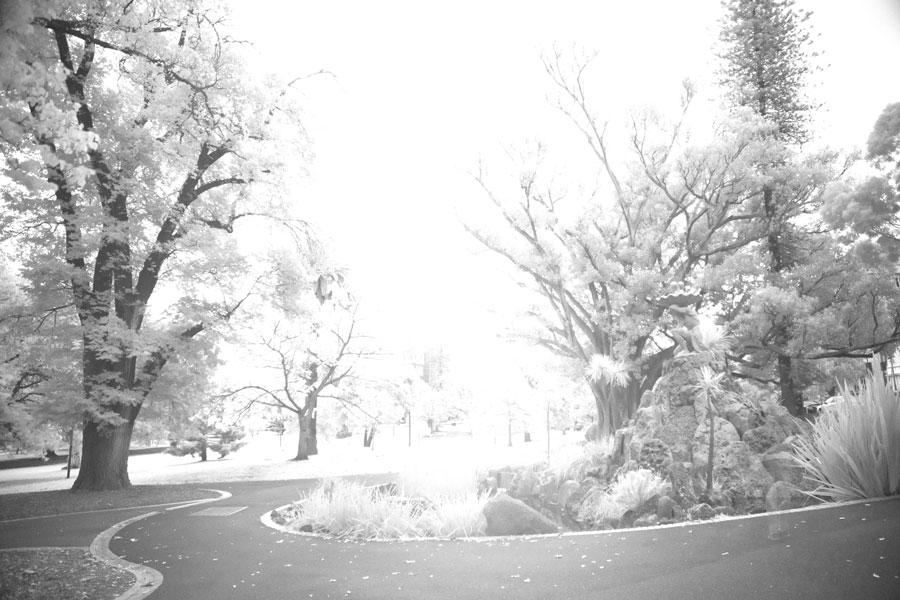 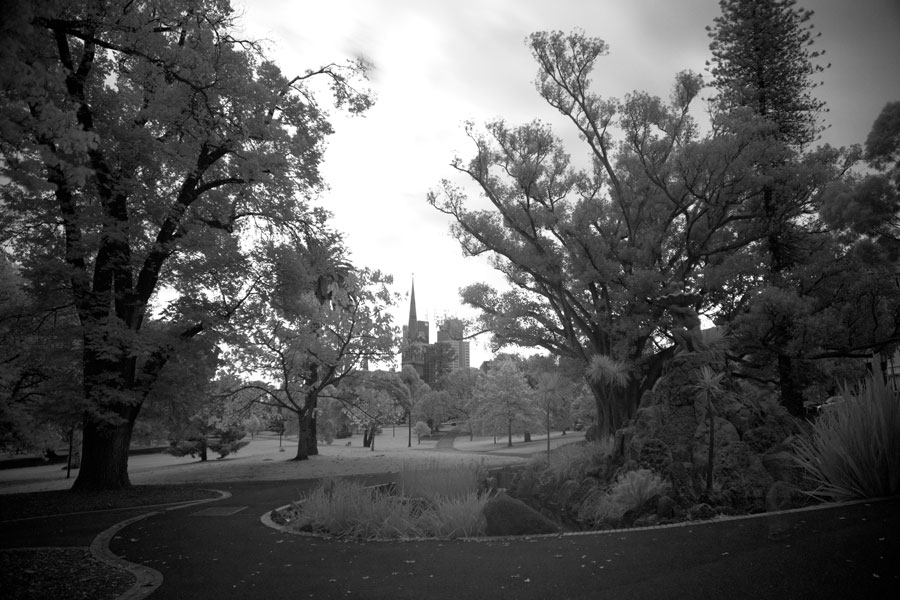 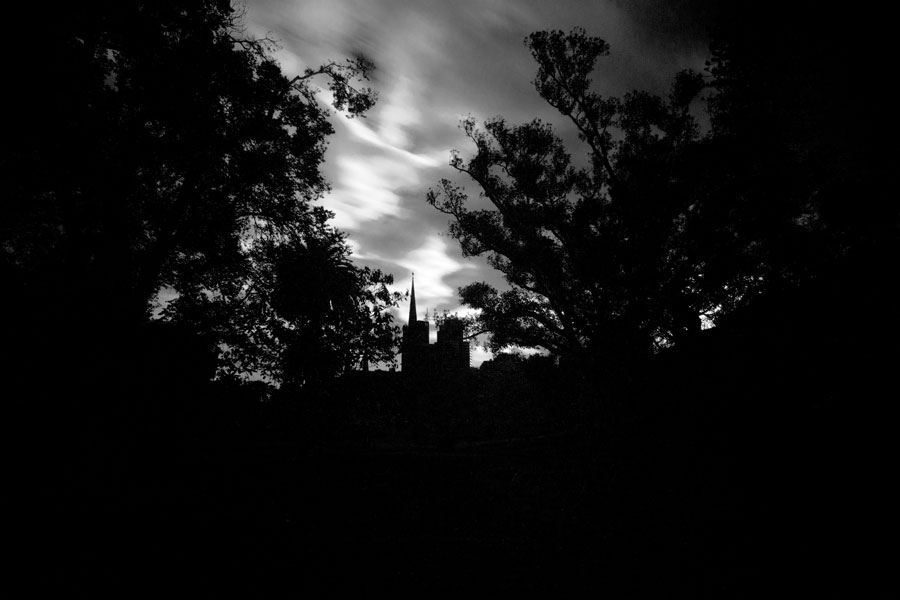 and a 100% centre section so you can judge noise: 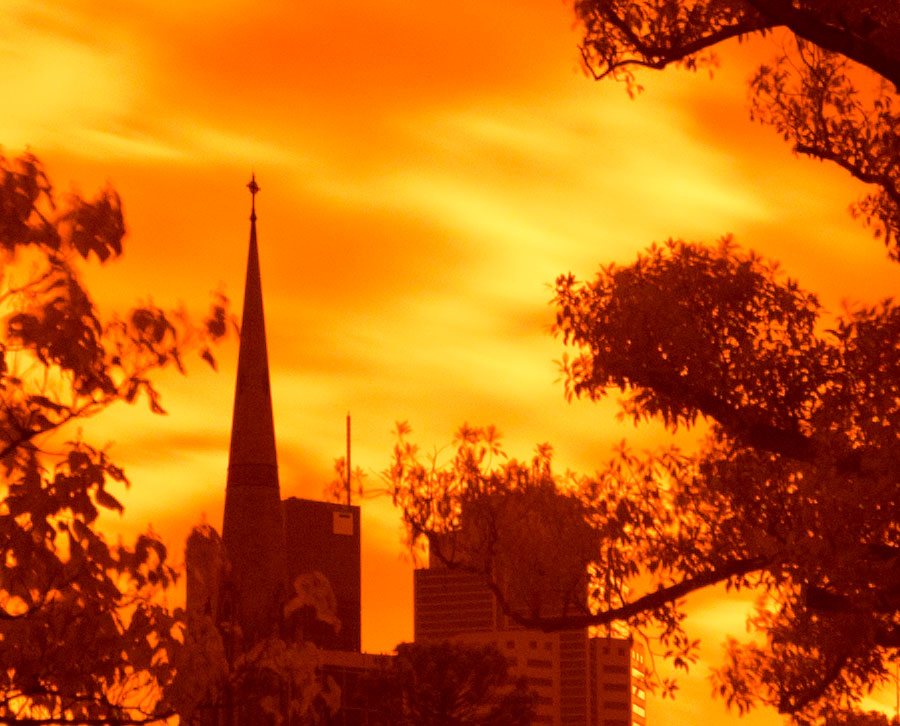 Lastly here is a monochrome image produced from the red channel only after adjustments in ACR: 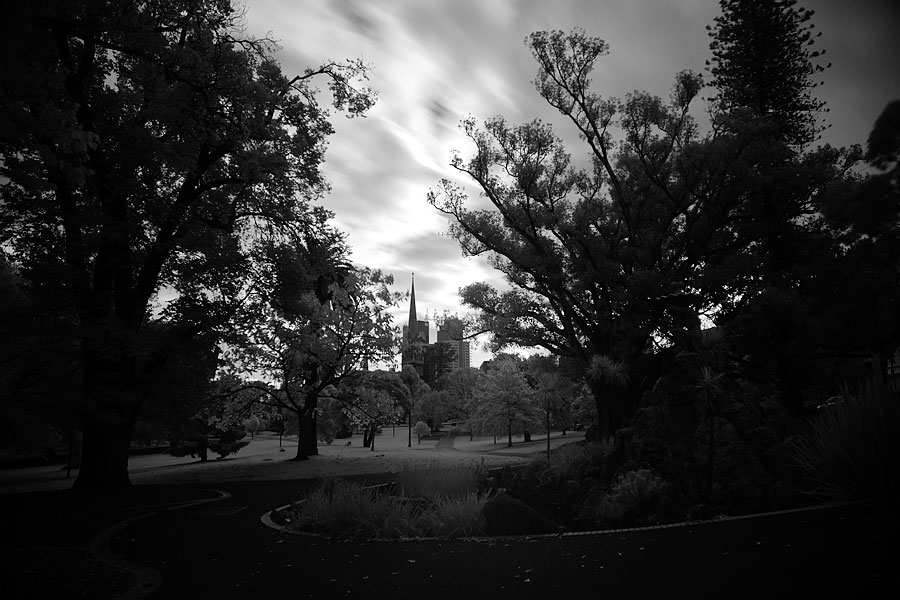 While this was only initial testing and I will follow up with a full infrared review shortly, I found the a77 to be quite suitable for infrared photography.

Another article, First Shots With The Sony a77 dSLR can be viewed here.